top of page
This site was designed with the
.com
website builder. Create your website today.Start Now

Off The Hook Hardcover Now Available On Barnes And Noble!

Just want to pass along that the hardback version of Off The Hook is now available on Barnes and Noble's web site which you can find here. John 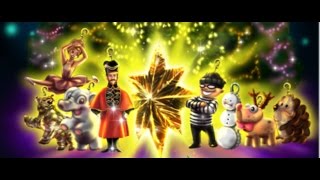 Check Out The Book Trailer!

On To The QFs In The Screencraft Family-Friendly Contest!

Some more good news to report on the Off the Hook screenplay front as it has just advanced to the quarter-finals of the Screencraft Family-Friendly Contest! Last year this script made it to the semi-finals of this contest so after a rewrite that was the direct result of improvements from writing the book version of this story (for example -- Sergeant Rough Stuff and the Green Bearets were not in the original version of the screenplay), let's see if it can match, and hopefully

I'm thrilled to announce that the Off the Hook screenplay has just made the Top 75 of the Tracking Board Launch Pad Competition! With over 4,500 entires this means that the script finished in the top 1.7% of ALL entries. Just awesome! Here are their comments on why they say to read the screenplay: "With a unique take on a Christmas tradition that will delight both kids and their parents, the writer is able to make this story their own by providing the Christmas tree ornament

Off The Hook Now Available At Walmart.com!

Off The Hook A Winner At The Book Excellence Awards!

StoryPros Names Off The Hook A Semifinalist!

Off The Hook Named An Official Selection At New Apple!